Mentorship: Not everybody gets it, but should 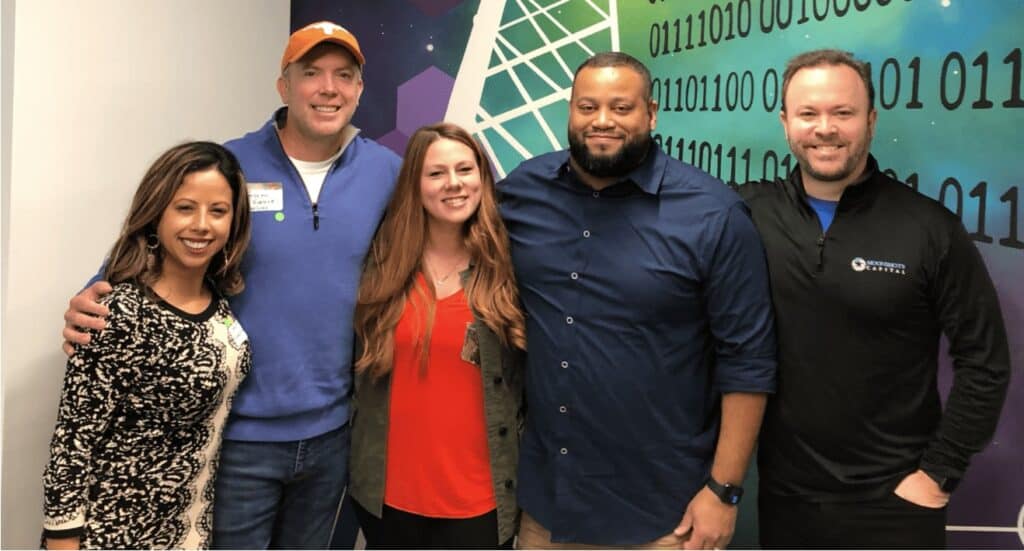 Back to the Table of Contents of “Build Your Roadmap”

…Then you’ll likely be the kind of person who wants to work in those areas deliberately.

(If you are not tracking what I am talking about above, I recommend you also circle back and read more of the continuing project of Build Your Roadmap: Getting from your here to your there. In this post, I exam the the role mentorship should play in your own personal development and the development of others).

So, if we want to improve in these areas, what’s the method? You could take the Benjamin Franklin approach. As he reports in his autobiography, he chose virtues worth pursuing, and then focusing on one at a time.

All respect to Ben, but I recommend a different course. One you can stick with, and you won’t give up. (Regardless, his autobiography is worth a read)

When I mean a mentor, that’s different than a boss. In fact, by my definition, your boss can be a teacher or a coach, but not your mentor.

And how about this benefit: a good mentor will likely be able to talk with you about any one of the areas you want to work on. Kirlin’s list, the Army’s list, NACE’s list, or a list you’ve gotten from your industry, organization, or somewhere else.

One great mentor I had through the years was Gen. Bob Cone. I first got to know him when he was my squadron commander — my boss’s boss — when I was starting out in the Army, and I found him to be a fantastic leader. I saw in him some sense of what I wanted to become myself. As I like to say, People Will Be What They Can See, and I wanted to be like him.

When I was in his chain of command, he was a role model and a subject matter expert on many different aspects of leadership. But as a junior member of the team, I did not have a lot of face-to-face time with him in the early days so the coaching was more indirect. But after he pulled me up into the headquarters to work on his immediate staff, I could tell there was something more to his leadership style. Not only was he in command, but he was teaching. In order to build the bench of the next generation of Army leaders.

Long after we parted our formal relationship, Bob Cone and I stayed in touch. We emailed, talked on the phone, and visited personally when we could. He was gracious with connections when appropriate, one benefit mentors can bequeath to mentees. But he was more free with encouragement and advice. Advice about Army stuff, sure. But, more importantly, advice about life.

He would ask — and it’s something I’ve often asked others — “What do you want for the future?” And then, leading from that, he’d press on: “Then what’s your next move? How will you get there?” And all along he had recommendations for ways we could build that roadmap to get from here to there.

For those of us caught in the trenches, a mentor can give us an eye from the watchtower.

Bob Cone was full of inspiration, which is something we leaders sometimes forget we need. But we do need it. In the Army, he gave me an appreciation for history, tradition and continuity with the past. In fact, he was himself continuing a pattern of mentorship that he’d benefited from.

He would often tell stories about his own development as a young officer growing up in the early 1980s. I was fascinated with the influence of senior leaders (including generals like Eric Shinseki, Scott Wallace and “Doc” Bahnsen) who helped shape his style, personality and focus on training. In many ways, everyone under his command felt that connection to these “ancestors.”

Bob Cone graciously officiated my retirement ceremony from the Army (this video gives a good impression of his kind nature and good soul). And even after I’d left the Army, we talked about my dreams as an entrepreneur. It wasn’t the path he’d taken, but he communicated his pride in me. Just as important, he continued to teach me that the important leadership traits he’d begun to develop in me and my fellow soldiers two decades before were still important, even in this new venture. He gave me insights on how to work that self-improvement into daily life.

I learned many things from Bob, more than he perhaps ever appreciated. The way I tried to treat Soldiers, focus on mastering the basics and never taking yourself too seriously are just a few of the many things I learned from Bob.

Shortly after his promotion to four-star general, he got the diagnosis: stage four prostate cancer. And through it, he continued to show me what it’s like to be a success — not just in a career, but in life. His passing hit me hard. That’s the way it is with a mentor.

Mentorship isn’t a cure-all. It isn’t a requirement, either, though many organizations have highly encouraged such relationships.

But if you’re someone who wants to improve both on and off the job, finding a good mentor is a great way to start. You can read the original version of a mentorship paper I published here.

Join with me on Twitter and LinkedIn as well to share your thoughts, ideas and opinions. Or comment below to let me know what is most interesting to you and where you would like me to go into more depth.

NextAnswer the Why before you think about the WhatNext