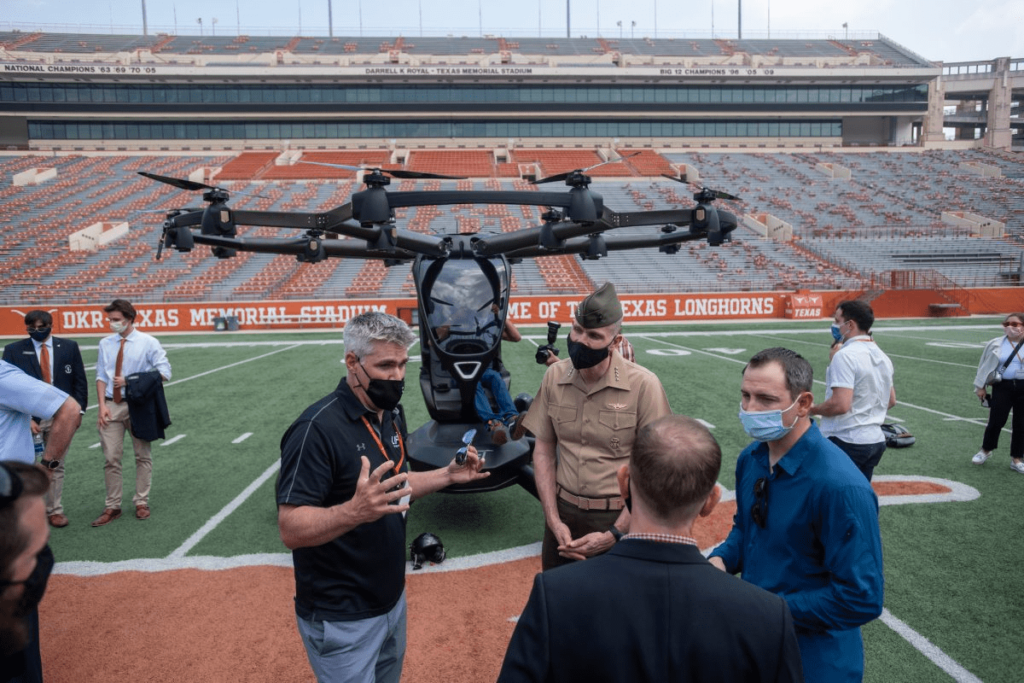 It may be hard for readers to imagine, but a bit over 160 years ago most Americans refused to step into an elevator based on the public perception of their lack of safety.

Even after Elisha Otis of the Otis Elevator Company designed the elevator brake that made it nearly impossible for elevators to fall more than a floor, riders remained hesitant.

It was only after the addition of a voice inside of the elevator, a woman’s voice specifically, that people became more willing to step onto an elevator.  As I often write, it takes leadership and strategy in a rapidly changing world to adapt to the future of mobility.

History has the answer to why people often resist new technologies.

Once elevators started becoming “autonomous,” there was no longer a need for a person to stand there and operate the lever. Even then people continued to refuse to travel on an elevator. So as elevators evolved to have panels with buttons to control them, elevator operators’ duties were reduced to nothing more than simply pushing a button upon request.

In many ways what’s happening today in the rapid technological advances around flying taxis– also known as electric vertical takeoff and landing (eVTOL)–  is similar to the early days of the elevator. People are having a hard time imagining that an autonomous vehicle can pick a person up and take them where they want to go. Probably as hard as it was to imagine, hundred years ago, when someone was told, “Yes, you’ll stand in this box, and through a steel cable we’ll lift you 500 feet into the air.”

The invention of the elevator impacted society greatly, it paved the way for construction workers and architects to build and design taller buildings, it improved mobility significantly for the aged and disabled. In the same way, flying taxis could change the world, yet it would appear history is repeating itself.

Big cities have always had big problems with urban transportation.

In his 1977 book, Great Cities and Their Traffic, Michael Thomson referred to some seven major interrelated problems of urban transport, illustrated in the figure below; Right now, we are trying to move X number of people through a certain space, those spaces being roads or intersections, and we’re almost always limited to thinking in two dimensions. We do have flyovers, which are engineered and constructed in such a way as to increase arterial traffic to allow vehicles to move more quickly.

The new technologies of flying taxis, however, is just the next step in taking transportation from two-dimensional to three-dimensional. This technology would give people the ability to travel on non-standard routes that we think of today as simply roads.

More people would be getting the opportunity to bypass traffic and congestion that often arises from the conflicts between different streams of traffic.

The opportunities are virtually limitless when you look at the different ways flying taxis could be used, traffic jams cost US cities over $88 billion in 2019. Still, the expected benefits of flying cars transcend saving all the financial costs and opportunity losses due to tailbacks.

From speeding up the response time for paramedics, police, and first-responders in time-critical operations to creating an avenue to help victims of hurricanes, flood, and fire where land entries and exits are often cut off, this technology will help make a difference in many situations where every second wasted in traffic jams counts.

Sustainability is set to also improve significantly when flying taxis finally become mainstream to help us optimize the third dimension of transport that has been largely elusive for ages.

With sustainability, the goal is always to try to reduce not only our physical footprint and how much space we take up, but also significantly reduce our carbon footprint.

For starters, flying taxis will help take more people and packages off the roads. And not only will this help more people access well-paid jobs as well as faster and possibly cheaper transportation, but it will also help reduce our carbon footprint as well.

Just as future autonomous cars will provide an opportunity for those who are no longer able to drive themselves, flying taxis and vehicles could mean improved opportunities to move people to previously hard-to-reach places. These may even be possible without the need to build the physical infrastructure necessary.

Akshat Kasliwal et al in a study by the University of Michigan and Ford Motor explain this further in their research on the role of flying cars in sustainable mobility. Compared to cars, flying taxis will be able to travel the shortest distance between two points. And because of their modest sizes and design, performing point-to-point services will be possible.

Flying electric taxis would do great where helicopters and airplanes have struggled.

Because road networks are usually less direct, flying taxis will benefit from better energy and travel-time performances especially in urban neighborhoods with high levels of congestion and circuitous routing of indirect road networks.

How Environmentally Friendly Could Flying Cars Be?

Flying taxis promise huge economic and productivity benefits. But how would they impact the environment? Would these new aerial vehicles be environmentally friendly enough?

In research by the University of Michigan and the Ford Motor Company, it was established that when fully loaded, flying cars are a more environmentally friendly and sustainable mode of transportation, compared to traditional cars.

Furthermore, flying taxis, unlike cars, won’t contribute to wear and tears on roads, ultimately leading to less concrete poured for road construction. This is significant because concrete accounts for 8% of the total carbon dioxide emitted into the atmosphere.

To put the above into context, concrete production emits 3.2x more CO2 than the aviation industry’s 2.5% total emission. If concrete were to be a country on its own, it would be the third-highest emitter of C02 in the world, behind only China and the United States. Furthermore, flying cars would mean fewer people on the roads. This in turn would mean less traffic congestion with fewer cars stuck on highways or idling at intersections. All of these carry huge positive environmental implications.

Perhaps one of the biggest areas for improving the environment will be the ability to move and travel to places that are currently cut off due to a lack of roads or the lack of costs to bring the resources necessary to extend the current infrastructure to allow people to travel.

Can Flying Taxis Live up to the Hype?

Of course, there is definitely a lot of hype and discussion with everything from Lift Aircraft to Uber Taxi on the edge of breakthroughs. It’s not a matter of if they will live up to the hype, but more a matter of how they will be incorporated into different roles over time.

Just as autonomous vehicles will likely see first use in planned communities and communities that cater towards senior citizens that may not have the ability to drive anymore, flying electric cars and taxis will mostly be deployed for use in lifesaving as well as other emergency or national security applications in the earliest days.

A great example of that capability was on display in April of 2021 at the University of Texas when Lift Aircraft flew a eVTOL the size of a small car around in the inside of the football stadium and landed on the 50 yard line in front of an audience of 4-star Generals and Admirals from all the military services.

The challenges and hurdles the industry will face will be paralleled to that of autonomous vehicles. These will include addressing questions about cybersecurity, about the possibility of infiltration and disruption by terrorists or people with criminal intent, such as hijacking a vehicle once it’s in flight, among other questions.

However, once the numbers bear out and people begin to understand that it is the human behind the wheel that is the most dangerous portion of a vehicle, so too will people begin to realize the added advantages of three-dimensional air travel in a way to get where they want to go.

And finally, those that are resistant to change, as they have always been found in society, will be the last of the adopters. The good news is that we won’t need everyone to sign onto the idea of getting into a flying taxi or vehicle, but instead design it for those situations and lifestyles that could be unleashed when traveling through the air in the third dimension, no longer limited by ground transportation.

In conclusion, if we can focus on making urban aerial mobility available for all, that doesn’t necessarily mean all people at all times.

The focus should be, as we mentioned above, on the unique applications of electric vertical takeoff and landing (eVTOL) that would enable greater flexibility, faster response time, and overall more effective method of transportation than we’re limited to right now on the ground.

So, we can keep an eye on the development of drones and payload capacity as we begin to see people and goods move more quickly and more effectively via air than what ground options permit today.

Photo credit from above taken by UT Communications and posted on UT News.

For additional research and information drones and their future, be sure to check out my Catalyst TALKS interview with Colin Guinn of Guinn Partners.   Among many accomplishments, he gave Elon Musk his first lesson in flying drones.

PrevPreviousLeading Change: Is it Better to be a Specialist or a Generalist?
NextUnderstanding the Outsized Role Blockchain & Bitcoin Will Have In Developing CountriesNext