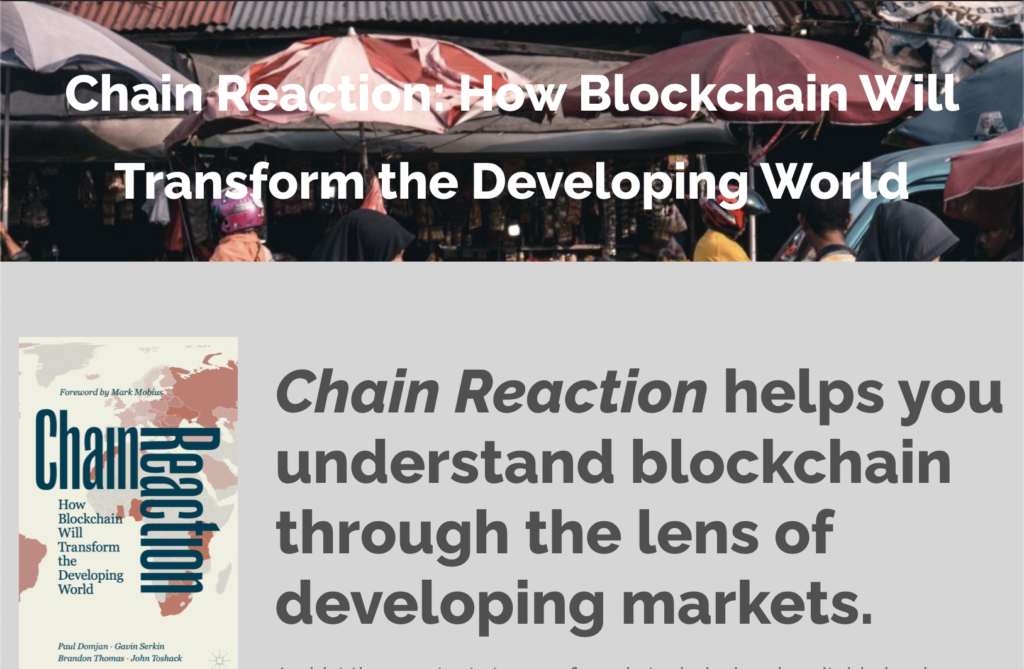 I recall distinctly when the Berlin Wall came down in 1989, it was said that it would take years to bring the East German sectors into the modern world because they lacked enough telephone lines to connect the whole country.  Experts reported that it might take decades before every home and business was connected with a telephone line.  And then along came cell phones and the country was connected well before anyone had expected it.

The same is true for a number of developing countries in Africa and Southeast Asia that also lacked telephone lines to run phone and internet service in the 1990s.   The good news however was the opportunity to “leap ahead” as so many countries did when they built cell phone towers rather than runnings thousands of miles of copper phone lines.

The secret to the success was the “leap ahead” or “leap frogging” from one technology generation to another.

The same is about to happen in the banking and legal with Bitcoin and Blockchain development.   I recently got to interview the authors of a new book called Chain Reaction: How Blockchain Will Transform the Developing World.

According to the website: “A few years ago, Paul Domjan wrote a brief on the potential for blockchain in developing markets. This caught the attention of publisher Palgrave MacMillan. Gavin Serkin joined Paul, providing his writing and editorial skills to help make this project a reality. Soon after, Paul met Brandon Thomas through the Grayline network, adding his expertise on blockchain and cryptocurrencies to the project. John Toshack was then brought onto the team given his experience supporting blockchain investments in the region. Debates began in earnest on if or how blockchain might transform the developing world. The result of these countless discussions is Chain Reaction: How Blockchain Will Transform the Developing World.”

If you are short on time, here is their summary of the insight found in the book.

Here is the full interview I had with the authors in June of 2021.